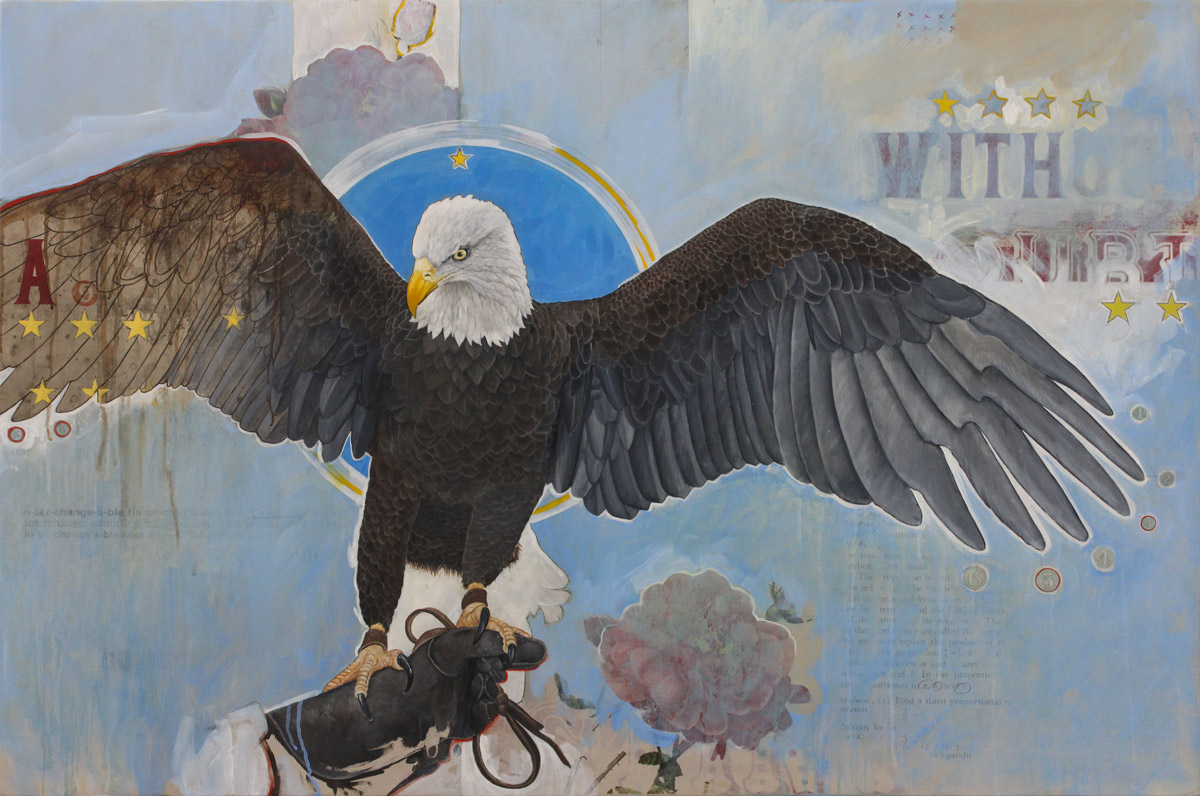 This work can be purchased directly at Saatchi.com.
Please contact me with any questions.
Ask a question about this product

This particular painting was one from around 2014 that I decided to rework. Both the first version and the reworked version play with the idea of the eagle as a symbol, or allegory, for the United States. Beyond that, I leave it up to the viewer to bring in their own interpretation.