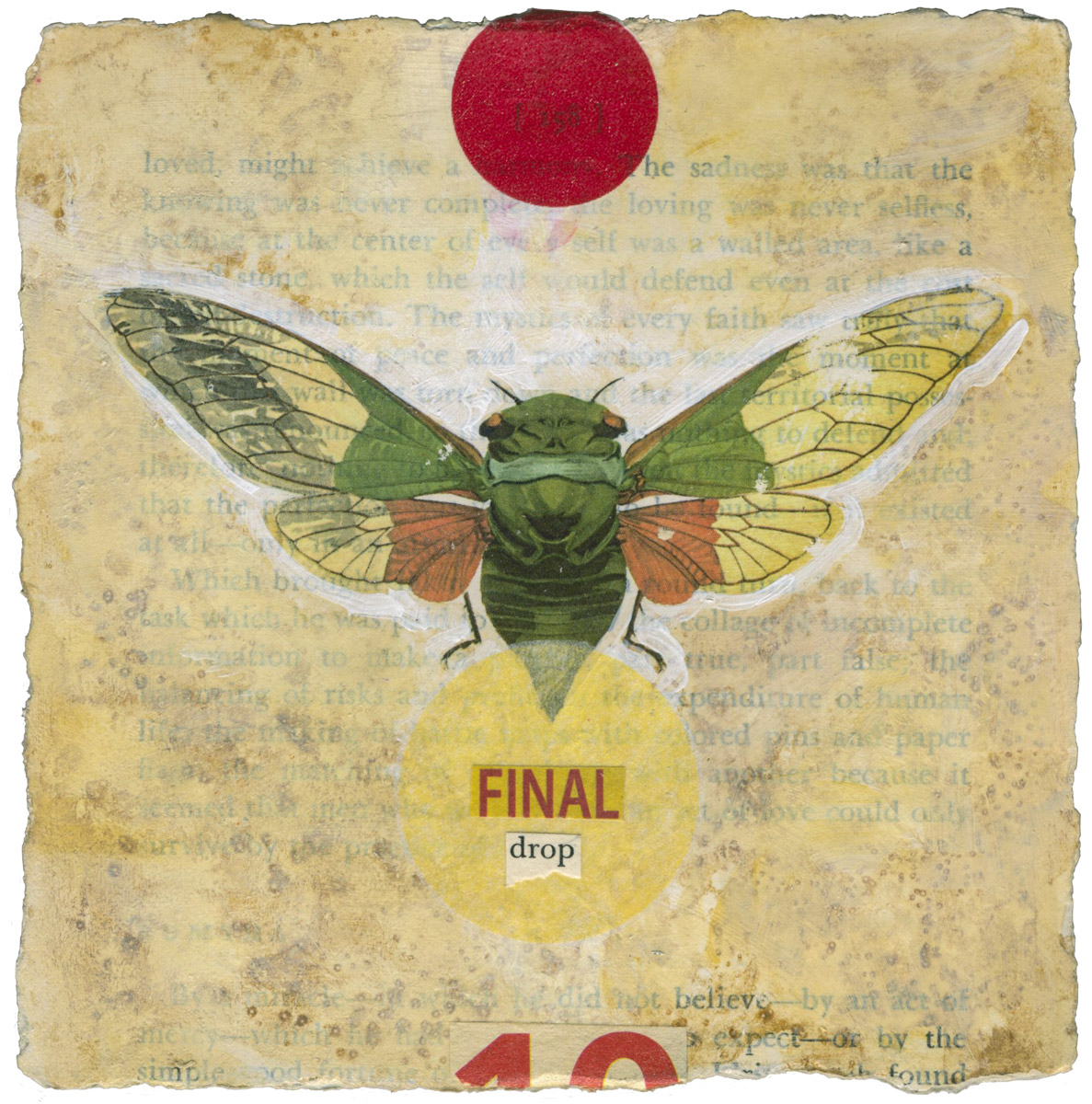 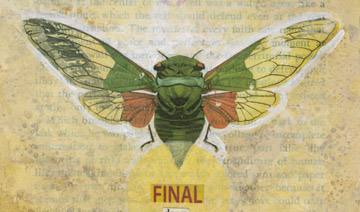 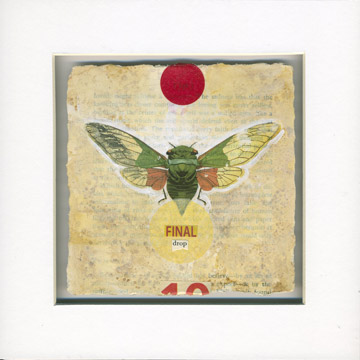 Part of a collage series working with insects, primarily beetles. 20th century British biologist J.P.S. Haldane, when asked by a group of theologians what he had learned about the creator from studying creation, he responded that God must have "an inordinate fondness of beetles," due to the fact there there were more species of beetles than any other living creature.