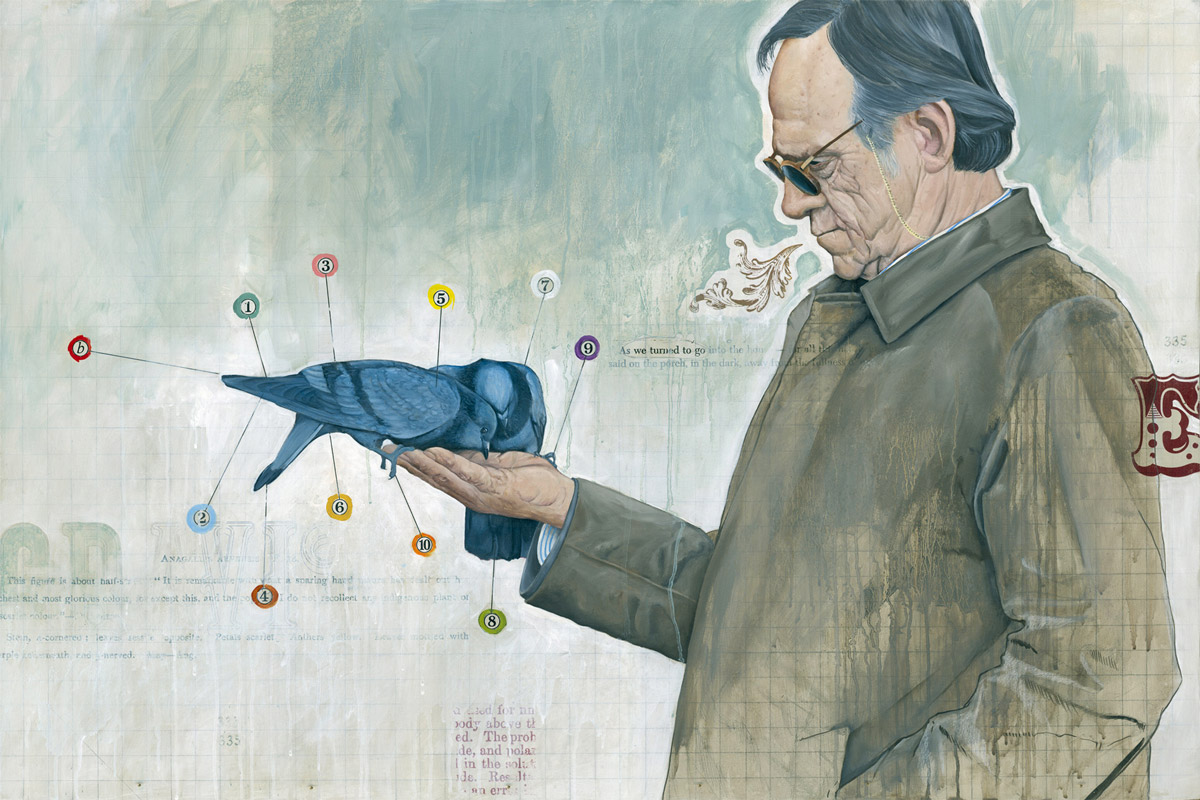 This work can be purchased at Saatchi.com.
Please contact me with any questions.
Ask a question about this product

On one hand, this painting alludes to the biblical story of the creation of the birds, which occurs on the fifth day. On the other hand, the idea of “the creation of the birds” can be seen allegorically in a number of ways. It could be seen as an allegory for the act of creating through painting or other media, with the artist shaping their creation in their hands. It can also be seen as an allegory for how humans “create” their environment by changing it. Animals, as such, do their best to adapt to these changes. Birds, for example, find ways to re-create themselves by adapting to urban environments as their natural habitats disappear. It can also be seen as creation through an act of kindness through feeding and caring for birds, animals and the natural environment.

All images and content copyright © 2020 bryan holland arts, llc. All rights reserved.
Sign up for my newsletter and receive a free gift