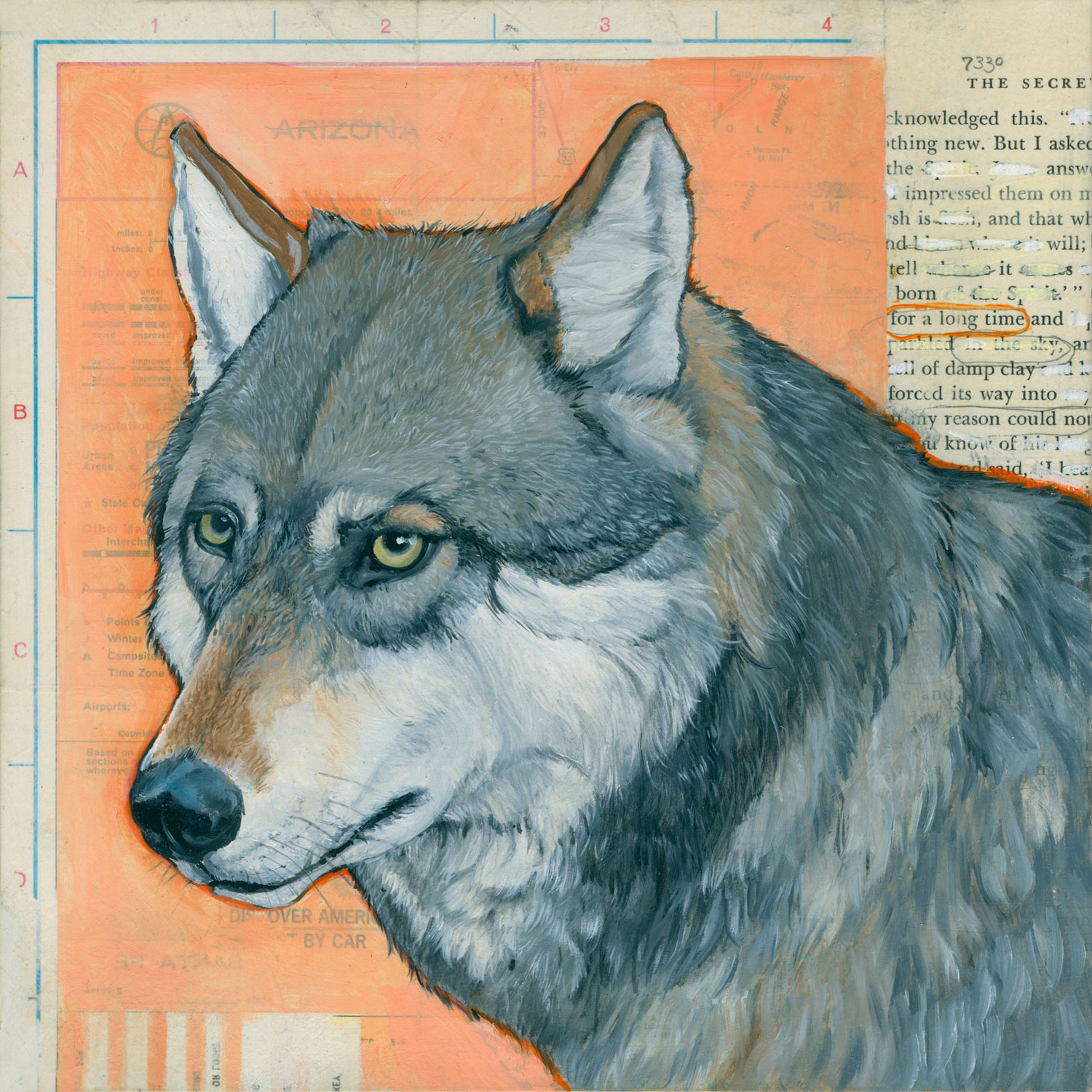 This work can be purchased at SaatchiArt.com
For any other questions, please contact me.
Ask a question about this product

Early in October of 2017, I traveled to Ely, MN to the International Wolf Center, to participate in the photographers weekend seminar they hold. We got to spend the weekend observing the wolves, learning about wolf behavior, and of course were able to take lots of pictures at the center during off hours.

The center explores cultural stereotypes of wolves, and seeks to educate with facts, leaving the people attending the center to draw their own conclusions about wolves.

The wolves there are bred in captivity, and the wolf pack there has over an acre of space to move around. Because the way the wolves are raised, they are used to seeing humans and will come right up to the window. It’s actually quite stunning to see them up so close and you realize how large they are.

I took tons of pics and fell in love with the wolves there. I can’t really describe it. There was one wolf there that became a favorite of mine, named Boltz, who I painted here. There was just something about him, both wild and elegant.

When the weekend was over, I returned home, driving through the crisp fall colors of Northern Minnesota, with a sense of peace and wonder.