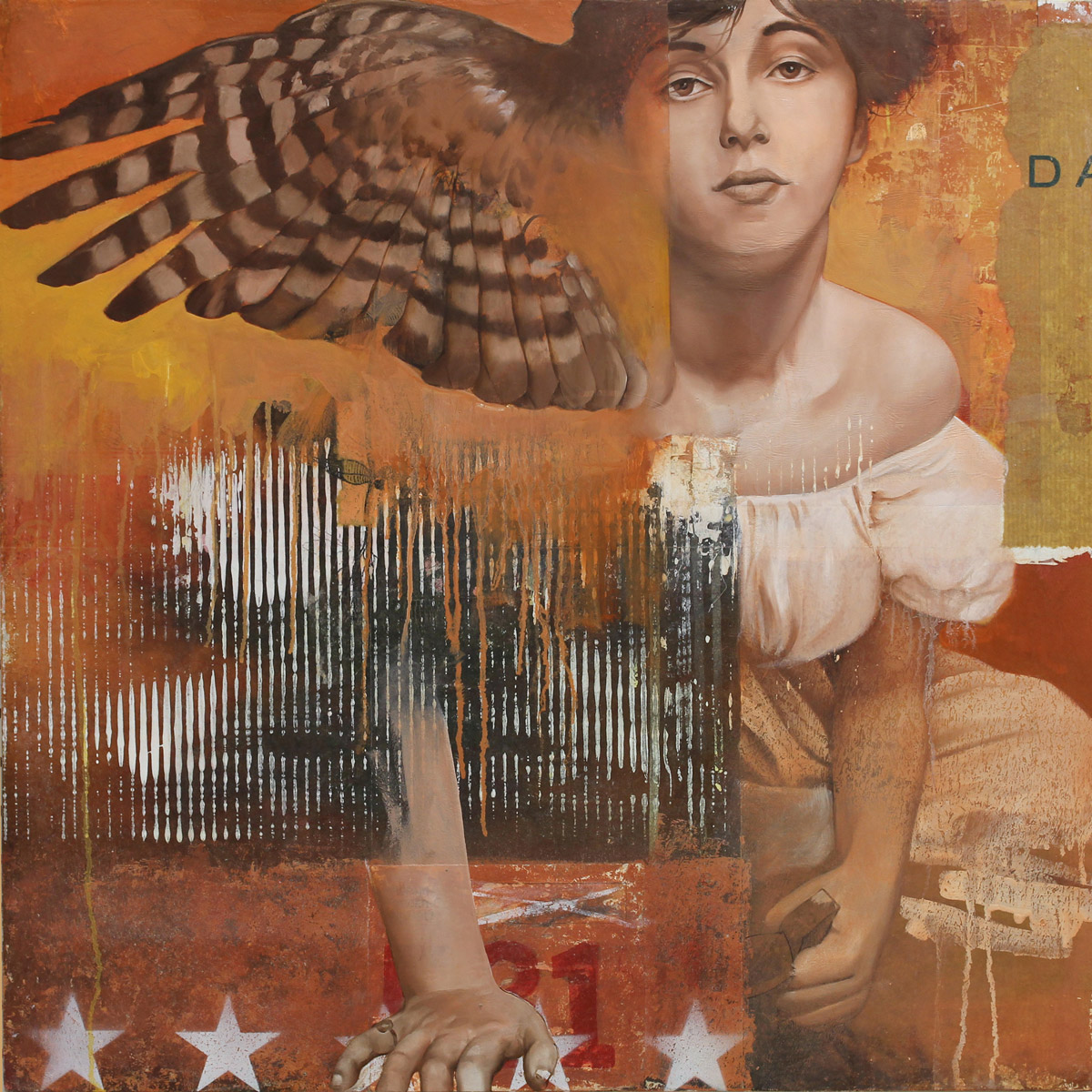 A painting somewhat inspired by the greek god of sleep, Hypnos, usually depicted with wings emerging from his head. Rather than paint the wings as such, the wing of hawk is cropped so that only part of the body is visible, which lines up with the face of the figure. The painting is a mix of collage, mixed media and oil painting.