Back to: Sold works 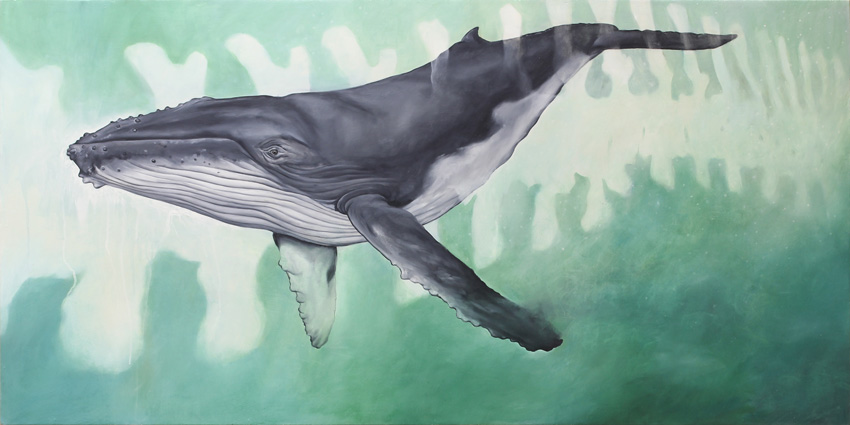 Ask a question about this product

This painting was created for an ex•tinc•tion wit•ness book project, titled Wail Song, featuring the monthly poems and essays. The background image behind the humpback whale is an outline of a whale skeleton, which was a shadow cast on a wall in a museum. The shadow of this huge animal cast a very large shadow, and made enough of an impression that I took photos of the shadow, which is what I used for this image. 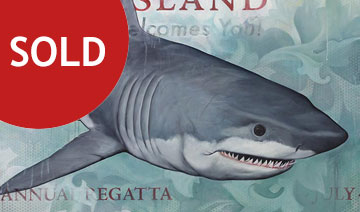